Ben Nevis, the hidden side.

A team of scientists and mountaineers have made new discoveries on the highest mountain in the British Isles. Over the past two weeks, Ben Nevis has been the site of one of the most extensive and logistically challenging surveys to have taken place on a Scottish mountain.

Botanists, geologists, meteorologists and mountaineers have been drawn to this unique location for more than two centuries. However, much of this European designated Special Area of Conservation has remained inaccessible till now. Around 125 hectares of the mountain, known as the North Face, present a formidable barrier of 600m cliffs, gullies and buttresses.

Lead survey geologist, Roddy Muir of Midland Valley Exploration, commented "the team of professional mountaineers have been gathering new data with our recently developed FieldMove Clino App, as well as getting us onto the previously unrecorded cliff faces. The emerging data will be used in structural modelling software and will bring greater understanding of the processes which formed and changed the mountain. It is likely that we may have to revise the traditional model of a classic caldera collapse."

Abseiling the sheer rock faces which descend from the whaleback summit plateau has resulted in some important and unexpected geological discoveries. Breccias, formed by explosive eruptions have been located at significantly higher altitudes than existing geological maps show. The team have also been able to measure the original orientation of the ancient lavas where these rocks flowed out of the volcanic fissure.

The team of professional mountaineers used nearly 3,000 meters of rope, donated by Mammut, to access the steep terrain. British Mountain Guide, Mike Pescod, said "the main logistical challenge has been keeping the scientists safe whilst ensuring minimal impact on the fragile habitats within the Site of Special Scientific Interest. During the training week we developed an ecologically light-touch approach which incorporates mountain rescue systems alongside alpine and big-wall climbing techniques".

The team have had to contend with daily hikes up to the summit carrying huge reels of rope and other safety equipment. Mr Semple said "The combination of altitude, northerly latitude and proximity to the Atlantic imbue Ben Nevis with the fearsome status as one of the most changeable mountaineering environments in the world. The tail-end of hurricane Bertha ensured the mountain lived up to its reputation. “

After a winter of record snowfall the mountain has a distinctly alpine appearance. Snowfields remain in many gullies and are scattered around the upper scree slopes. These have compacted into dense, ice hard névé which is the first stage in the formation of glaciers. Sheets weighing hundreds of tons, with tunnels and fissures known as bergschrunds, present another set of challenges. Such hazards are common in arctic and alpine environments but are extremely unusual during a British summer.

Ben Nevis, standing 1344m above sea level, supports the greatest altitudinal range of habitats within the British Isles and has been attracting Botanists since 1767. Lead survey botanist, Ian Strachan, said "many of the rare Arctic-Alpine species we are searching for are relics from soon after the last ice age. Ben Nevis and a few other peaks in the Scottish Highlands provide the most southerly refuge for some of these species which can only survive due to the altitude and presence of semi-permanent snow fields." 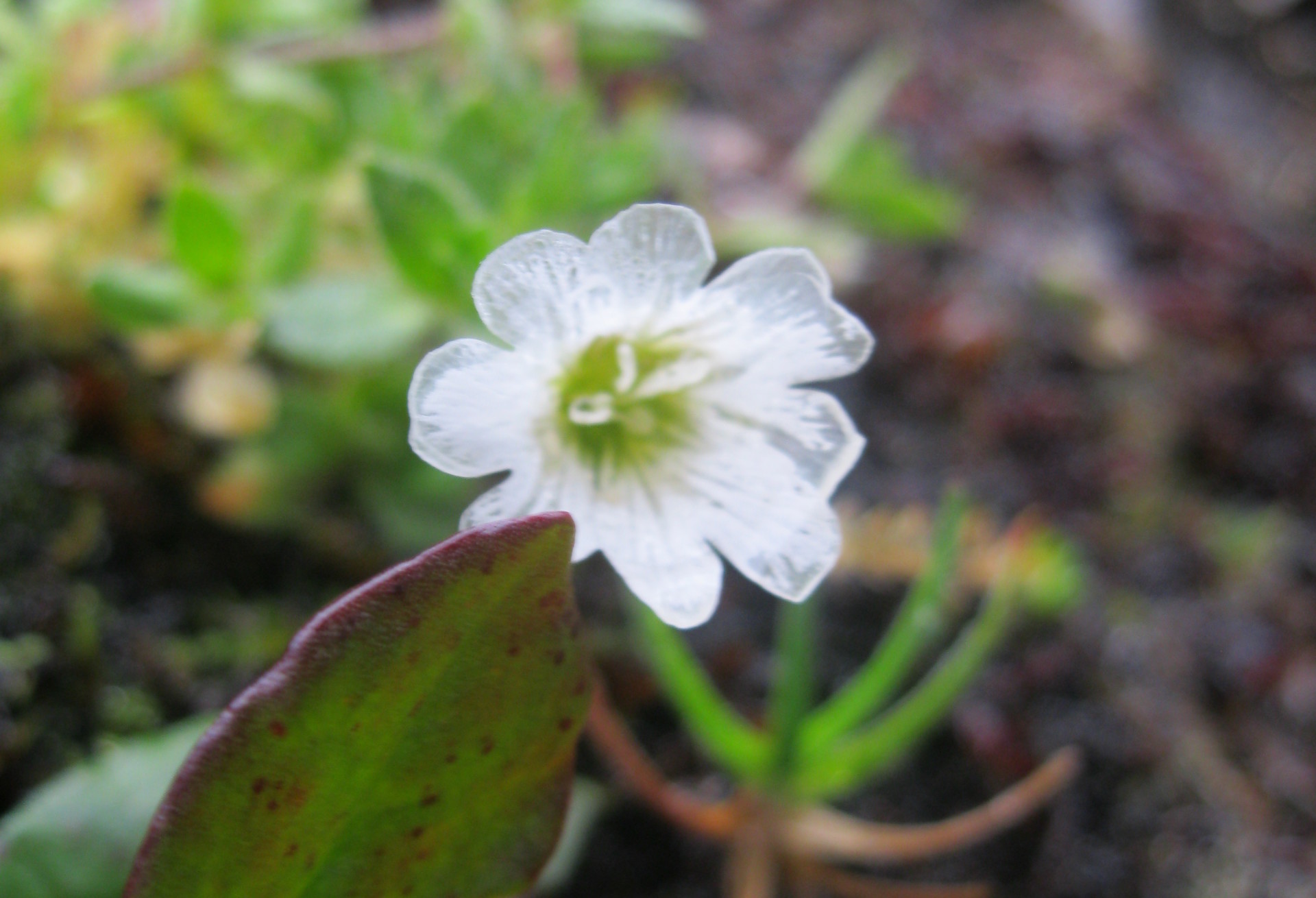 the survey has exceeded all our expectations. Not only have we gathered potentially ground-breaking geological data and significantly added to the known populations of arctic-alpine species, the team have also discovered Alpine Saxifrage, which has never been found on the mountain before.

After a week of intensive training by botanists, and with the support of Scottish Natural Heritage (SNH) the mountaineers have been able to identify new locations for nationally rare and scarce plant species. Many new populations of high priority species such as Highland Saxifrage, Tufted Saxifrage and Wavy Meadow Grass have been recorded. Cathy Mayne, of SNH, said "the survey has exceeded all our expectations. Not only have we gathered potentially ground-breaking geological data and significantly added to the known populations of arctic-alpine species, the team have also discovered Alpine Saxifrage, which has never been found on the mountain before. Who knows what we might uncover over the next two years".
​
The survey is also the subject of a film which will be premiered at the Fort William Mountain Festival in 2015. There is also a beautifully illustrated book detailing the project from the perspective of the people who made it happen. The project, which is led by the Nevis Landscape Partnership working in collaboration with Midland Valley Exploration, is funded by Scottish Natural Heritage, Heritage Lottery Fund, The Highland Council and is sponsored by equipment manufacturer Mammut. 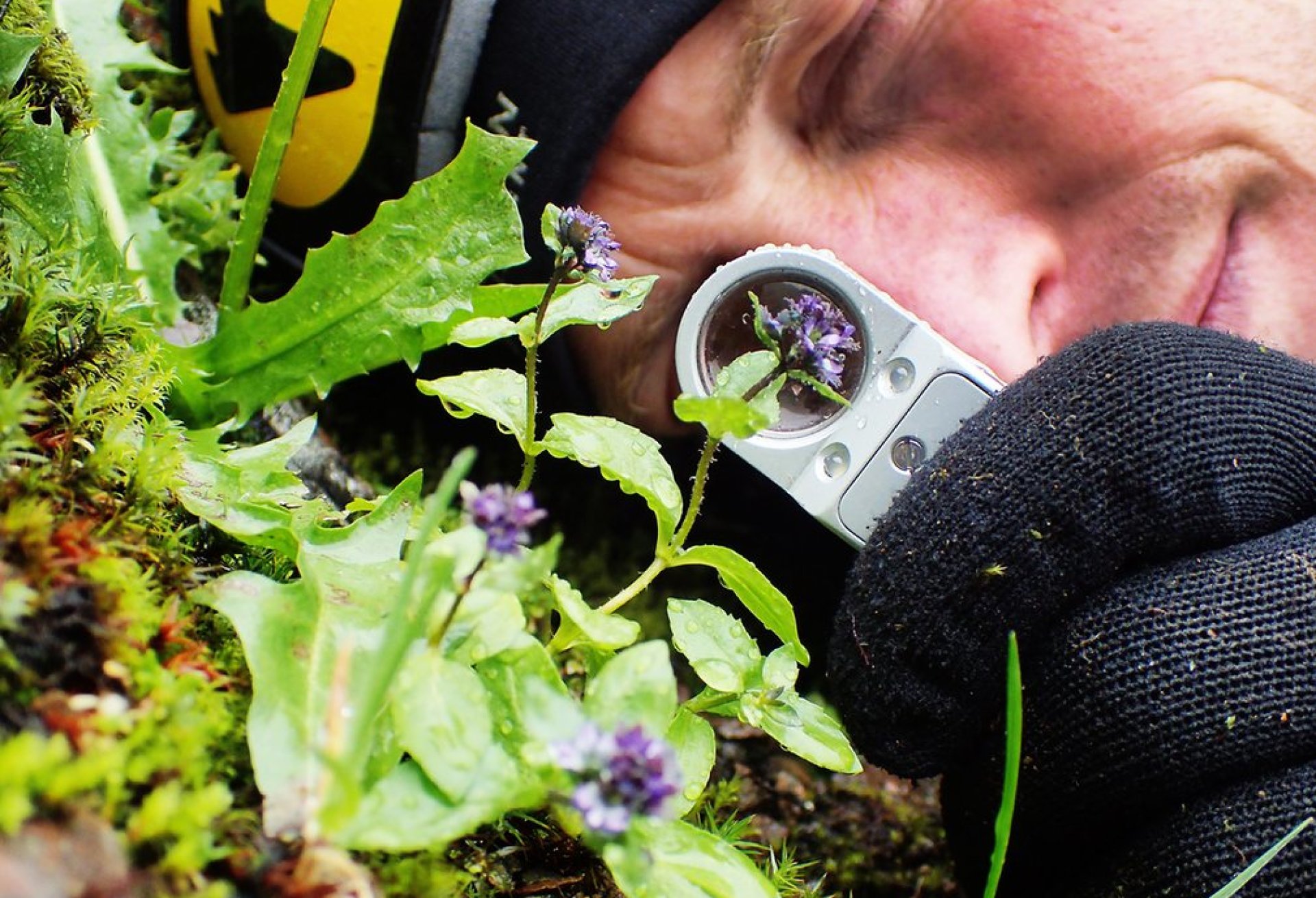 Ben Nevis: The Hidden Side

To find out more about the North Face Survey project watch our film on our YouTube channel.

Ben Nevis: The Hidden Side

If you would like to learn more about the North Face Survey project why not order a copy of the book from our shop.