Another year, another season, and a new Ranger team!

We are almost one month now into our new posts as seasonal rangers, so I thought it was about time that we said hello. The beginning of June saw Evie, Charlotte, Julia, and I (Ellie) start our new roles alongside Steph, our colleague from the John Muir Trust, the five of us ready to embark upon this year’s challenge of keeping the Glen safe, clean, and thriving.

The first few weeks have flown by; it’s no wonder as we’ve already completed 25 patrols, picked up 26.5 bags of litter, and spoken to 141 people! We’ve seen the Glen become busier as we have crept into the warmer summer days, spotting 145 folk out and about on our first week, with a sharp increase to 828 people in our second week! We know we’re going to be kept on our toes this summer!

But patrols and people spotting isn’t all we do. Between the bin bags and interactions, we still make time for other bits of fun. Twice a week those brave enough (not me) start the day with a chilly swim at Roaring Mill before heading back along the path to base to start work:

Our first week at NLP was spent with Volunteer Co-ordinator Rory, who showed us the ropes and talked us through the responsibilities, expectations, and lunch time allowances of a ranger in the Glen. To ensure that we were all suitably prepared for the sometimes-harsh weather and terrain that we would be working in, we spent a morning with Johnathan Hart (Liaison Manager) from Jahama Highland Estates who, using his experience with the Lochaber Mountain Rescue Team, talked us through some brilliant mountain safety and awareness points so we were prepared out in the field. Later that day we headed out with Rory to put some of our newfound knowledge into practice…

In 2019, Heritage Lottery Funding allowed Nevis Landscape Partnership to buy four e-bikes from Off Beat Bikes here in Fort William. Since the previous ranger team disbanded last year, the bikes have been itching to get back out into the Glen - and we’re very pleased to say that we have been able to make that happen. Our patrols each day have started with plugging in the batteries and saddling up, something which I must admit took us a few tries to get right. Apparently if you stop pedalling an e-bike while travelling up a hill, the motor will cut out and gravity will work its magic. I especially have had a few close calls with the tarmac, but I’m pleased to say that I think we’re all finally getting the hang of it. The trailer has been fantastic too, allowing us to carry litter pickers and path maintenance kit to wherever we need to go. Be sure to give us a wave next time you see us zooming past with our ‘ranger danger’ flag trailing behind.

Many of you will have noticed that Lower Falls Car Park has been closed recently for refurbishment. But now it’s back for business and open to cars, cyclists, and minibuses! We have also had two new, rather fashionable toilets installed which we have been tasked with keeping clean and tidy for those visiting the Glen. The car park is where most of our patrols start from so you might spot us (or hear us) pedalling over the cattle grid first thing in the morning or late in the afternoon.

It's really great to have this new facility and we hope that people will use the new car park to take some of the pressure off up at Steall. For now, we just want to ask people to help us keep it nice and shiny by taking your litter away from the site, keeping motorhomes in their designated spots, help keep the toilets tidy, and not to camp inside the fence line.

We have also been involved in some really exciting conservation activities since the beginning of June so check back soon for another post all about our experiences with moths, path maintenance, and baby barn owls! 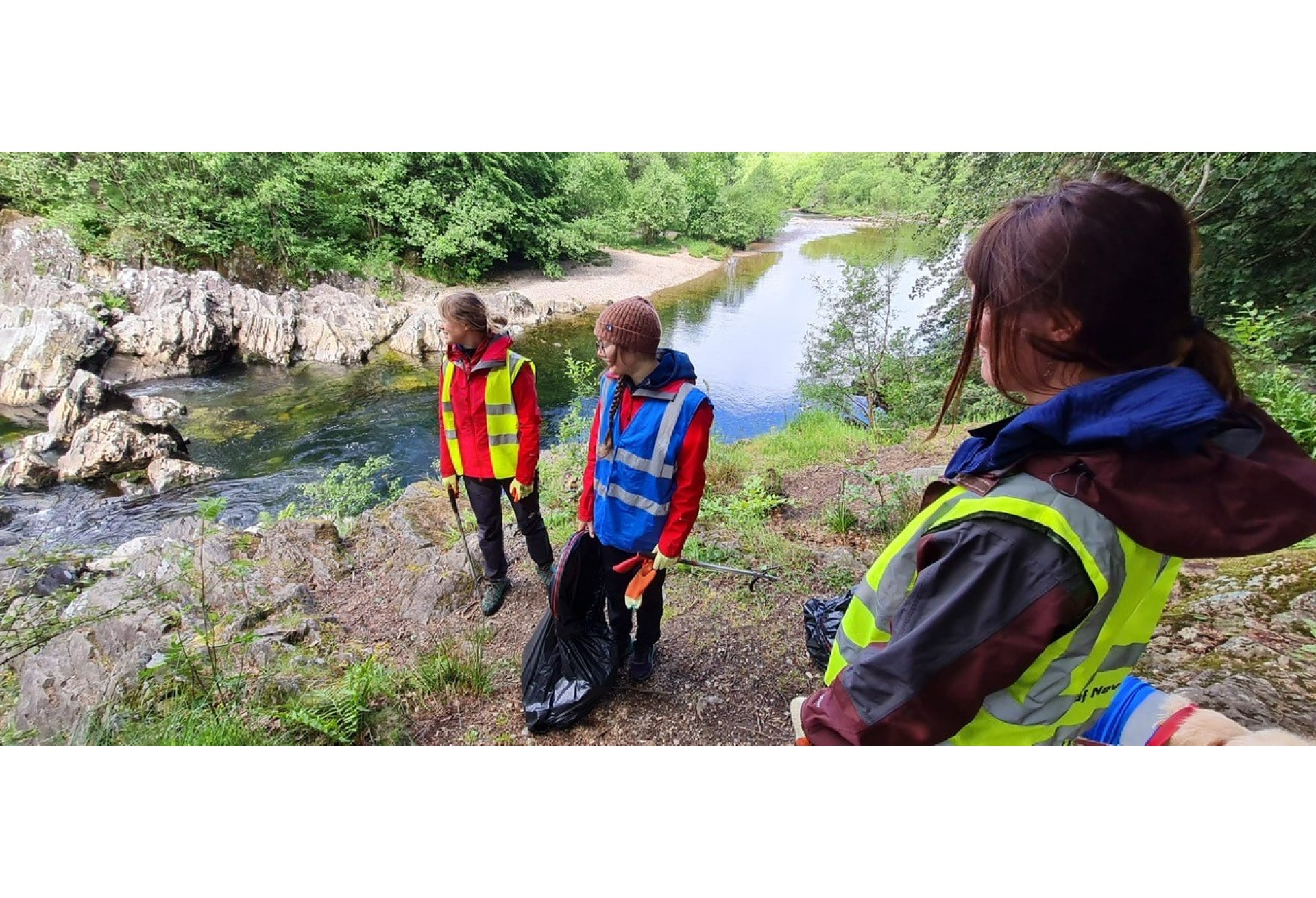 The new ranger team gets stuck in with conservation work!